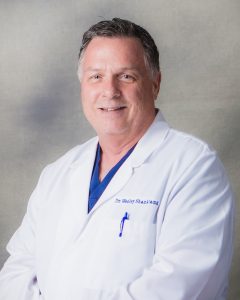 Dr. Wesley Shankland has dedicated his professional career to relieving pain and suffering of patients afflicted with TMJ pain, facial pain, headaches and sleep breathing disorders. Originally from Lima, Ohio, Dr. Shankland graduated from the Ohio State University College of Dentistry in 1978, after serving as a combat medic in the army. He also served on the faculty of the College of Dentistry from 1979 until 1984, where he taught courses in clinical endodontics and temporomandibular disorders. Dr. Shankland also holds a Master’s of Science Degree in anatomy from Ohio State University and a Ph.D, also in anatomy.

A member of the editorial boards for 15 scientific journals, Dr. Shankland has authored over 110 national and international scientific publications, a manual of head and neck anatomy, and various chapters in fourteen textbooks, along with editing the Guidelines for the Diagnosis and Treatment of Craniofacial Pain for the American Academy of Craniofacial Pain. Dr. Shankland’s best-selling book, “TMJ: Its Many Faces” (Anadem Publishers), was released in February of 1996, followed by a second edition in October 1998. “US News & World Report,” magazine listed this as “THE TMJ” book to purchase. His second pain book, “Face the Pain” (Aomega Publishers), was released in July of 2000. Shankland’s most recent book is “Bioterrorism, You Can Survive.”

Dr. Shankland is a well-known international lecturer on the subjects of headaches, temporomandibular disorders, orfacial pain, sleep breathing disorders and anatomy. While in graduate school, he discovered three structures that had never previously been reported in the scientific literature.